Draws the 50th anniversary of The American Ballet with dancers from Rodeo, Brief Fling and Sleeping Beauty.

After fourteen years, the New York Times decides to revamp its Friday theatre column by withdrawing the use of Hirschfeld drawings, signaling its demise. Hirschfeld's last portrait, of director Michael Grief, goes unpublished.

Having drawn Zero Mostel both in the original stage production and its first revival of Fiddler on the Roof, as well as drawing Topol in the film adaptation, Hirschfeld now draws Topol in the show's fourth stage revival. 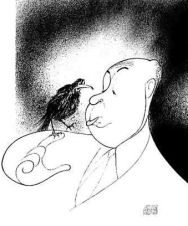 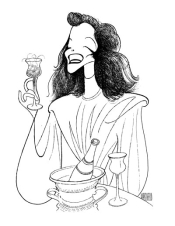 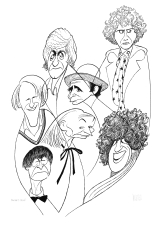 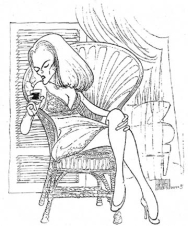 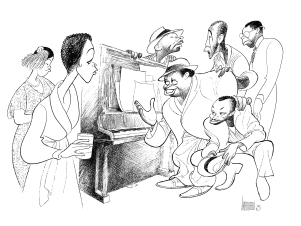 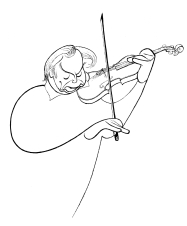 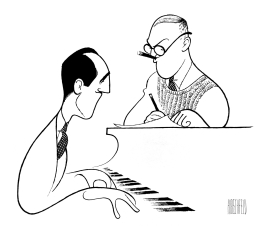 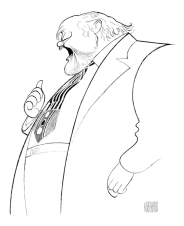 Albert Hirschfeld knows just how he’ll celebrate his 90th birthday on Monday. After a long day at the drawing board (he works seven days a week), he and his wife, Dolly, will be first-nighters, as is their custom. That evening just happens to be the opening of the revival of Camelot on Broadway, “and I’m going to pretend that the cast party is for me,” he says.

In a way, each first night is a party for this man, who has attended virtually every Broadway opening since the late 1920s. There will, of course, be formal nonagenarian observances for this conjuror of line and perspective whose caricatures have been appearing in the drama pages of The New York Times for 66 years.

…These days the artist still composes in an antique Koken barber chair to a north-lighted studio in his brownstone on the Upper East Side of Manhattan. The walls are teeming with Hirschfeld drawings, lithographs and posters, as well as a stark placard that states, “Remember it was an actor who killed Lincoln.”

Mr. Hirschfeld has dashed off an average of three drawings a week for the last 70 years, and his portraits have themselves become part of the heritage of the American theater, from his concise renderings of everyone from the Lunts to Mary Martin, Noel Coward and Gertrude Lawrence, to his most recent portraits of the casts of Tommy, Kiss of the Spider Woman and Angels in America.

But he never presumed to take himself all that seriously. For years, Mr. Hirschfeld delivered his weekly drawing to The Times wrapped in brown paper upon which was inscribed the warning, “Do not fold, bend, stomp on or dunk in hot chicken fat.”

…The artist, who uses a Gilotte Crowquill pen, says his line “has gotten sparer and sparer through the years, paring down to the absolute essentials.” “I’ve always been fascinated by the way in which a simple line can communicate its message,” he adds. “But I can’t say that I understand anything more about it than I did 70 years ago.”