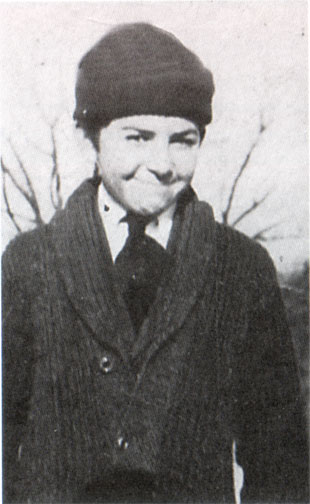 Hirschfeld was all of eleven when he arrived in the city he would call home for the next 87 years. He lived in Washington Heights, took classes at the National Academy of Design, where he learned "things that can be taught: anatomy and perspective", and was soon playing sandlot ball with a young Lou Gehrig.

In addition to his studies at the National Academy of Design, Hirschfeld also attended a vocational school. Upon graduating, he was attracted to sculpture and hoped to serve his required apprenticeship working in that medium. He abandoned the idea once he discovered the dreariness of life as a commercial sculptor. Eventually he concluded that sculpture "was just a drawing you could trip over in the dark."

Hirschfeld remembered walking by a tailor shop, “and in the window was a poster. Now, I thought that they had hired somebody to do that poster. That’s how naive I was. I went in and I asked the tailor where he got the poster, and he looked at me like I had lost my mind. I said, “Well, did you hire somebody to make that drawing, ‘cause I can make drawings like that.” He said, “No, no, that comes from the manufacturer,” and the young Hirschfeld was hustled out of the shop.

In the following weeks he discovered that a baseball teammate worked at Goldwyn Pictures as an errand boy, and was occasionally allowed to submit a drawing for publicity. Although he was told there were no more jobs, Hirschfeld knew of nowhere else to go, and he soon found himself in the art department of Goldwyn Pictures.