Twenty one limited-edition prints of acclaimed caricature artist Al Hirschfeld – signed by the iconic stage and screen stars featured in the image – are being auctioned online to benefit Broadway Cares/Equity Fights AIDS and the Al Hirschfeld Foundation, in partnership with Heritage Auctions, the largest collectibles auctioneer in the world.

The auction launched Thursday, October 27, 2022, at﻿ HA.com/Hirschfeld, and runs through Sunday, November 20.

Among the signed and numbered lots featured in the Hirschfeld auction are:

● A never-before-seen privately commissioned piece featuring Grammy Award winner Billy Joel alongside the Gershwin brothers, George and Ira. The giclée is signed by Joel, a Tony Award winner for Movin’ Out.

● Rock and Roll Hall of Fame inductee Clive Davis, in a color portrait originally commissioned by Arista Records and signed by Davis.

●   A never-before-seen portrait of Michael Crawford in the title role in The Phantom of the Opera, dressed in hat and cape with iconic mask in hand. The print is signed by Crawford, who won a Tony Award for originating the role.

Hirschfeld’s drawings stand as one of the most innovative efforts in establishing the visual language of modern art through caricature in the 20th century. A self-described “characterist,” Hirschfeld’s signature work, defined by a linear calligraphic style, appeared in virtually every major publication over nine decades (including a 75-year relationship with The New York Times), as well as numerous book and record covers and 15 postage stamps. Hirschfeld, a two-time Tony Award recipient, died in 2003 at the age of 99. Later that year, Broadway’s Martin Beck Theatre was renamed the Al Hirschfeld Theatre.

“All of us at Broadway Cares/Equity Fights AIDS count ourselves among the legion of Al Hirschfeld fans,” Broadway Cares Executive Director Tom Viola said. “This unique collaboration with the Al Hirschfeld Foundation in partnership with Heritage Auctions will help ensure much-needed health care and medication, nutritious meals, counseling and emergency assistance for those across the country affected by HIV/AIDS, COVID-19 and other life-threatening illnesses.”

“We are delighted to partner with Broadway Cares and Heritage Auctions to bring these iconic prints to the public,” said David Leopold, the Creative Director of the Al Hirschfeld Foundation. “We have received requests for years to have some of these images be published as prints. Having the performers, who felt honored to be drawn by The Line King, return the favor by signing these very limited editions is a tribute to how much Hirschfeld and Broadway Cares means to this community.”

“Al Hirschfeld’s long and illustrious career goes beyond that of an artist,” says Meagen McMillan, Heritage Auctions’ Senior Specialist in Illustration and American Art. “The legendary caricaturist captured and documented with humor and line every great zeitgeist, icon and celebrity who crossed his path throughout his career spanning nine decades, from Broadway to Hollywood and beyond. Hirschfeld’s body of work can be seen as an archive of American performance art of the 20th century. While we have always celebrated this graphic satirist at Heritage Auctions, we are thrilled to be partnering with The Al Hirschfeld Foundation and Broadway Cares/Equity Fights AIDS to further the Hirschfeld’s legacy of support and promotion of the dramatic arts with our upcoming charitable auction.”

Broadway Cares/Equity Fights AIDS was born from the hearts of those in the theater community as our nation was facing the scourge of the AIDS pandemic. For more than 30 years, Broadway Cares has turned anger and sorrow into action. And now, in the wake of another pandemic, Broadway Cares/Equity Fights AIDS remains the philanthropic heart of Broadway. As the nation and the nation’s theaters emerge from a devastating 15 months with hundreds of thousands still in crisis, Broadway Cares’ commitment has never wavered from ensuring that those in need get groceries and medication, health care and hope.

The partnership between Broadway Cares and the Al Hirschfeld Foundation was conceived and brokered by The Erlick Group, a leading, New York-based entertainment sponsorship agency since 1992. 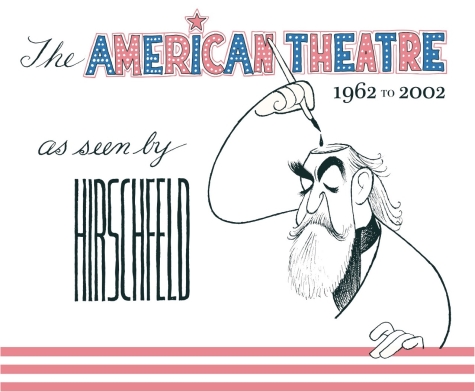 This fall, the theater and art worlds celebrate The American Theatre As Seen By Hirschfeld with a stunning
Learn More
Mar 2, 2022
Celebrate Black History in Popular Culture 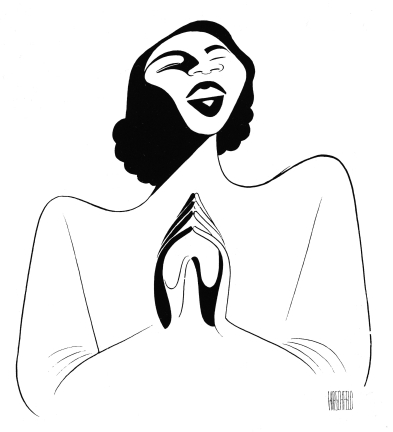 So much of American popular culture is the work of Black artists. One of the original art forms that America can take credit for is jazz, which was created by Black musicians. Rock and roll began with White performers re-recording songs by Black performers. Even the acclaimed musical comedy, another American original, draws as much from Black performers and minstrel shows, as it does from European operettas. As the 20th Century unfolded, Hirschfeld's drawings captured a great deal of the impact Black artists had on the performing arts in America.
Learn More
Jan 4, 2022
Spend a Night with Hirschfeld on TCM 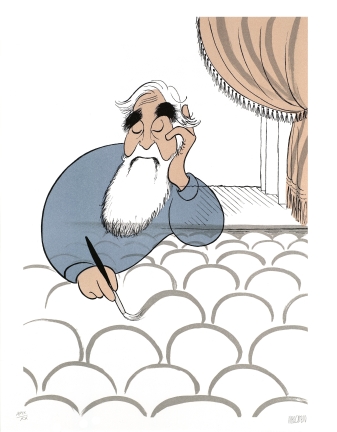 Although the holidays are now over, we still have a present for you: an evening of films "Drawn by Hirschfeld" on Turner Classic Movies hosted by Leonard Maltin and Dave Karger. This Wednesday, January 5th, starting at 8 pm (ET).
Learn More
Sep 24, 2021
Remembering Arthur Gelb on the Re-opening of the Al Hirschfeld Theatre on Broadway 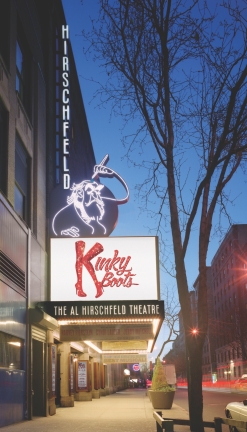 On the ocassion of the the re-opening of the Al Hirschfeld Theatre, Louise Hirschfeld recalls how it got that name Arthur Gelb was a towering figure at The New York Times.  His autobiography City Room skillfully describes his ascent from copy boy to Managing Editor.
Learn More
Oct 27, 2020
Remembering Marge Champion 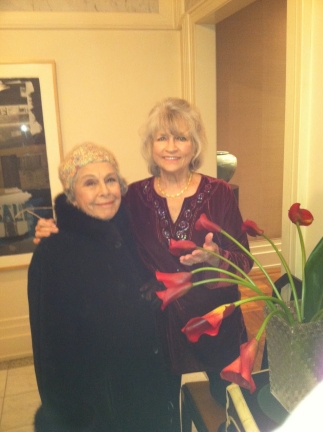 A Rememberance by Louise Hirschfeld Marge Champion was all over the creative map… She was beautiful and kind inside and out. Her energy was contagious. She danced with Gower her friend, husband, lover. Their special relationship as a dancing team exuded exquisite technique, lots of seduction and love. The MGM technicolor musicals are a lasting testament to their talent for dancing romance on the screen.
Learn More
Oct 2, 2020
Hirschfeld Scores Big Legal Victory 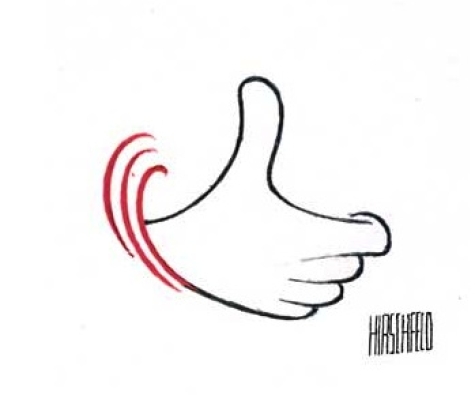 The Al Hirschfeld Foundation (a not-for-profit organization) has successfully regained complete control of all of Al Hirschfeld's work and announced today that any and all relationships between it and Margo Feiden/The Margo Feiden Galleries (the Feiden Parties) are 100% terminated. The United States District Court, Southern District of New York has awarded The Al Hirschfeld Foundation a total of $452,767.62 in damages because the Feiden Parties breached the parties' 2000 settlement agreement and purloined a number of Hirschfeld original works.
Learn More
Oct 2, 2020
Hirschfeld Scores Big Legal Victory 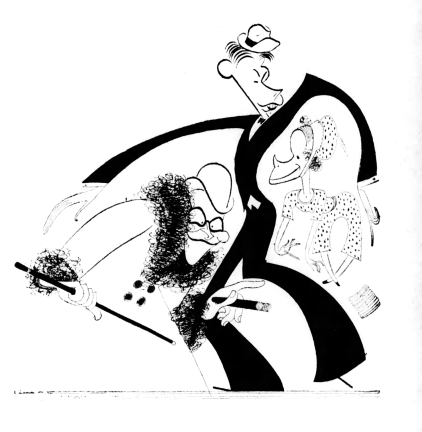 The Al Hirschfeld Foundation (a not-for-profit organization) has successfully regained complete control of all of Al Hirschfeld's work and announced today that any and all relationships between it and Margo Feiden/The Margo Feiden Galleries (the Feiden Parties) are 100% terminated. The United States District Court, Southern District of New York has awarded The Al Hirschfeld Foundation a total of $452,767.62 in damages because the Feiden Parties breached the parties' 2000 settlement agreement and purloined a number of Hirschfeld original works.
Learn More
Jul 3, 2020
LOST IN THE STARS Black Theatre Makers Drawn By Hirschfeld 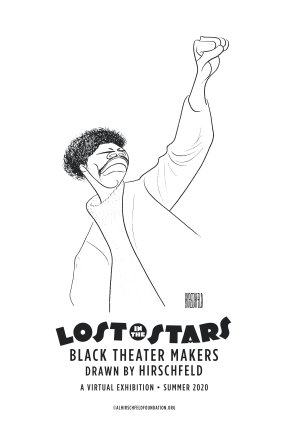 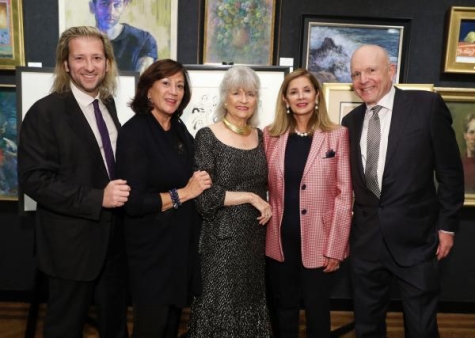 In September we had the pleasure of honoring our Founder and all-around wonderful person, Louise Hirschfeld Cullman in a special event at the National Arts Club. The starry evening was a terrific way to salute Louise and all she has accomplished for the Foundation and beyond, and it also proved to a very successful fundraiser, with proceeds nearly triple what was expected.
Learn More