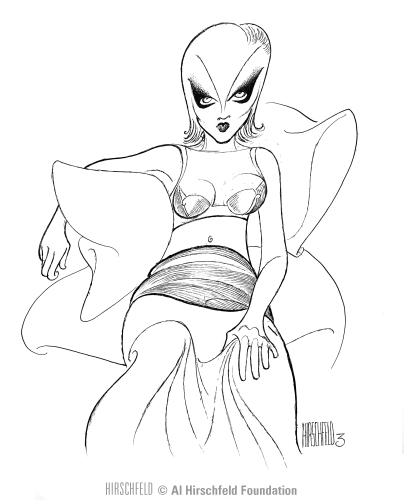 This is the fifth of Hirschfeld’s six drawings of the singer, songwriter, and actress. She had first appeared in a drawing of celebrities for People magazine in 1985, and then as one of “Seven Ladies of ASCAP” in 1986.  Hirschfeld drew her in Broadway debut in David Mamet’s Speed the Plow in 1988. In the 90s, Hirschfeld drew her doing what she did best, writing and performing as she became the best-selling female recording artist of all time, the most successful solo artist in U.S. history, and the highest-grossing solo touring artist of all time. He even published a lithograph of her in costume from her Blonde Ambition tour. This image was drawn while she was promoting her album, Bedtime Stories, which many hoped would soften to soften her image following the critical and commercial backlash she faced after releasing sexually explicit projects in the previous two years, but as the drawing indicates, Madonna instead chose to portray herself as unapologetic, and in the accompanying article talked about the scrutiny that female musicians faced, and addressed her critics and people who had tried to shame her for being provocative. 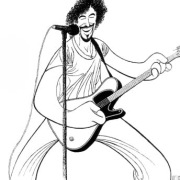 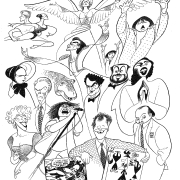 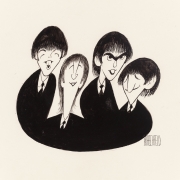 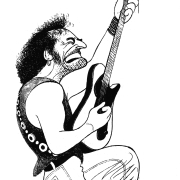 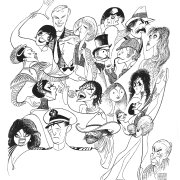 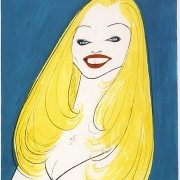