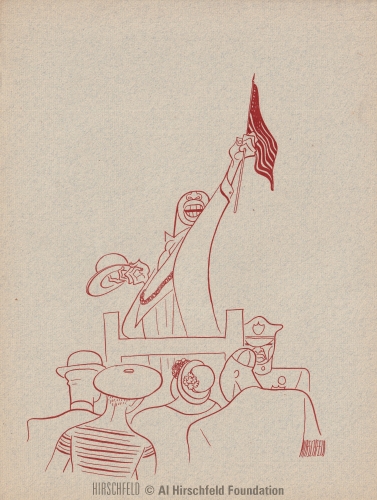 sugar hill statesman from HARLEM as seen by hirschfeld. Lithograph, 1941

I can’t help but recall a Congressional predecessor of mine from Harlem—the flamboyant, courageous, innovative, controversial and unfailingly entertaining, Adam Clayton Powell, Jr. It was just about the time Hirschfeld’s Harlem first came out, 1941, that Powell—an extremely charismatic figure—was elected to the New York City Council. Four years later, he became the first African American elected from Harlem to the United States House of Representatives.

Powell was a powerful, early voice in the national government for Civil Rights. He had the good fortune to remain in the Congress until his dream, the Civil Rights Act, was enacted in 1964. That bill was, in fact, a version of his own earlier Powell Amendment.

Every politician needs a little flamboyance to float his message across. And in Harlem, style is a currency all its own. There are days when tyle lifts you above all your troubles. Hirschfeld has magically combined that chemistry of pride and purpose. He has captured as well the joy and burgeoning desires of Harlemites at this crucial juncture in their history, when the march to freedom was just taking its first real steps. Studying Sugar Hill Statesman today reminds us that we still have a far way to go and much yet to accomplish. 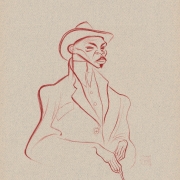 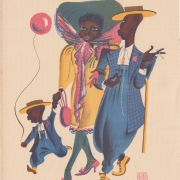 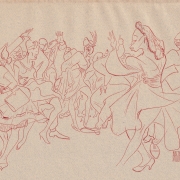 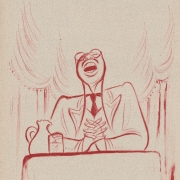 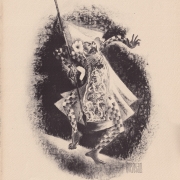 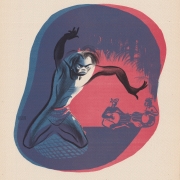