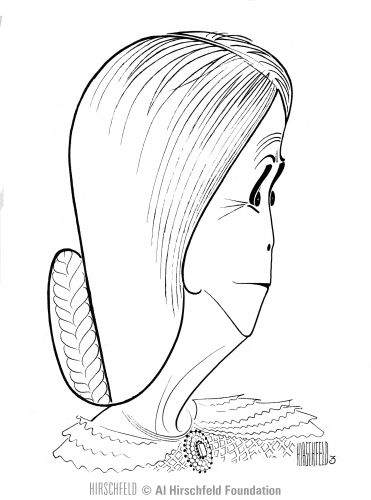 "julie harris in the belle of amherst"

In a career that spanned nine decades, it is not surprising that Hirschfeld captured entire résumés of performers. For instance, Julie Harris was drawn twenty-five times from Montserrat in 1949 to her final Broadway outing, The Gin Game, in 1997. In this early Friday drawing of the entire cast of the one-woman tour de force, The Belle of Amherst (1976), the gamine Harris transformed herself into the aged Emily Dickinson, which Hirschfeld captured in this hieroglyphic portrait.