Pop Up In Los Angeles 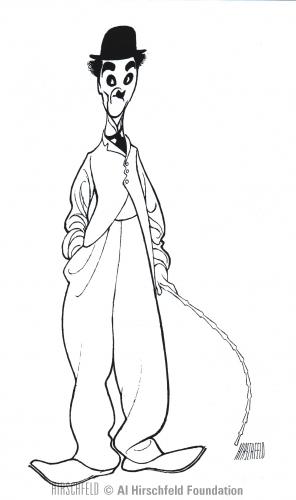 After the wonderful response to our pop-up gallery in Manchester, Vermont this summer and fall, we decided to return to Los Angeles, the site of our first pop-up gallery two years ago. Partnering with Stuart Ng Books, we are bringing out over 100 drawings, paintings and prints, including this iconic Chaplin drawing that has never been on the market before, in two special evenings at the Animation Guild and an afternoon at the famed Larry Edmunds Bookshop. This is an opportunity to see original artwork that ranges from works from seven decades.

Drawings of Chaplin, James Stewart, Rosalind Russell, Kirk Douglas, Vivien Leigh, George Segal, Julie Andrews, Ralph Steadman, Paul Conrad, Tim Curry, and other personalities from the worlds of film, theatre, opera, and television will be included, a number of which have never been exhibited before. These pieces, spanning seven decades (from 1928 to 1998), show the range of techniques used by the artist as well as his evolution and experimentation from decade to decade.

Every piece on display will also be for sale, including seven color pieces for the magazines American Mercury and Redbook, six illustrations from the S.J. Perelman books Listen to the Mockingbird and Swiss Family Perelman, and a group portrait of the first seven Dr. Who actors commissioned by PBS in 1990.

Saturday, December 9 at 2:00 pm - David Leopold will give one of his acclaimed illustrated talks about his book, The Hirschfeld Century at the Larry Edmunds Bookshop at 6644 Hollywood Boulevard, Los Angeles, CA, 90028.
Leopold will take you on a tour of the Hirschfeld Century, an 82-year era in which Al Hirschfeld both recorded and defined so much of popular culture, especially through his drawings of productions on Broadway and in Hollywood. His book has been called by the Washington Post, “An instant classic.” Booklist declared, “Leopold emulates the economy and fluidity of Hirschfeld’s drawings in this star-studded, anecdote-rich, critically clarifying, and thoroughly enlightening portrait of the portraitst.” His illustrated talk will show you rarely seen images as well as old favorites.