Musical Monday: Wish You Were Here 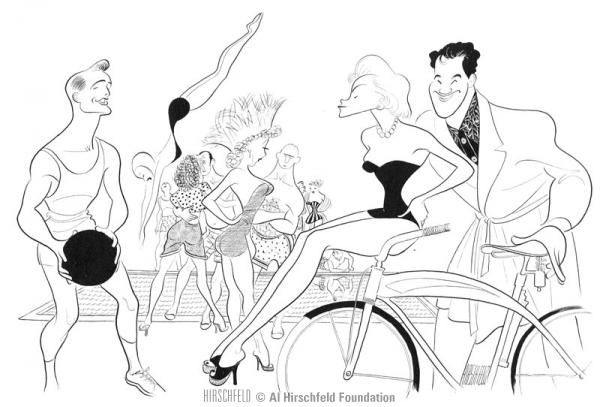 "wish you were here"

Sixty years ago tonight, Wish You Were Here, a musical comedy with music and lyrics by Harold Rome and a book by Josh Logan and Arthur Kober opened on Broadway. Set in "Camp Karefree, a summer camp for adults, 'where friendships are formed to last a whole lifetime through,' is located in the heart of Vacationland. It could be the Berkshires, the Adirondacks, the Poconos, the White Mountains - or the Catskills. Summer," the play turned into a hit, but only after it took advantage of a relatively new medium to promote itself: television.

The show opened to mixed reviews and was set to post a closing notice even after Jerome Robbins was brought in as a play doctor and restaged dances and added a ballet. Rome even wote a new song. Then the cast was invited onto Toast of the Town, a variety show hosted by Broadway columnist and soon-to-be TV legend Ed Sullivan. Sullivan had a special set built for the production number for the show, incorporating an actual swimming pool just like the one in the stage production. The morning after the show aired, lines began to form at the box office and the show went onto to play another 587 performances. Shelia Bond won a Tony as Best Featured Actress in a Musical, and even a stage technician won a (now retired) Tony for the swimming pool, basketball game and even rain storm in the show.

Nine months after his first drawing of the show, Hirschfeld featured jack Cassidy in a composite drawing of "SOME BRAWNY SPECIMENS ON THE BROADWAY STAGES."