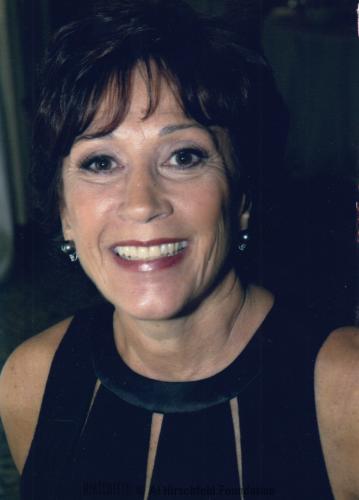 The Al Hirschfeld Foundation has announced that Lynn Surry has assumed the position of Foundation President. Surry began her association with the artist 30 years ago when she sold and marketed his work for more than 12 years. Hirschfeld and Surry became friends and even went to the theater together. She has been an Al Hirschfeld Foundation board member since 2011. Surry has been an associate of the late, noted Art Historian Dr. Arlene Raven, conducting artist studio and gallery tours for collectors for over 25 years, and serves on the Advisory Council for Artists in Residence at Guild Hall in East Hampton, New York.

Surry succeeds theater historian Louise Kerz Hirschfeld, the artist’s widow, who steps down after serving as one of the Foundation’s founders and President since the artist’s death in 2003. Louise Kerz Hirschfeld remains involved in a variety of new cultural projects in New York and Berlin. David Leopold continues to serve as Creative Director of The Al Hirschfeld Foundation. “It’s an honor to serve as President for the Foundation,” says Lynn Surry. “Louise has done such an incredible job in preserving the legacy of Al Hirschfeld, and introducing his art to new generations. In the last year alone, she organized an extraordinary exhibit at The New-York Historical Society, and encouraged David Leopold to write The Hirschfeld Century, the best-selling and most comprehensive book of the artist’s work to date. I am particularly excited about the curriculum she created in 2008 with the New York Board of Education that is centered on Hirschfeld’s art. I am honored to carry on with the great work that Louise began as I plan for more exciting Hirschfeld projects and exhibitions in the years to come.”

“Al met Lynn 30 years ago,” says Louise Kerz Hirschfeld, “and from the first he always recognized her to be a caring and passionate steward for all things Hirschfeld. I am proud of the work that our Foundation has begun, and I am confident that Lynn, and the Foundation board, will do a marvelous job in keeping Hirschfeld fans around the world, both new and long-standing, engaged with the work of one of the 20th century’s most iconic American artists.”