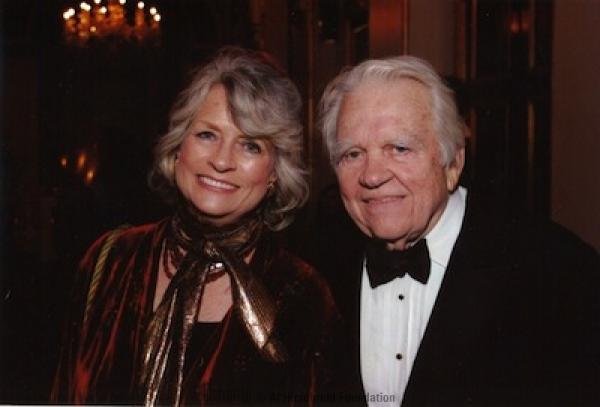 We were dismayed to learn of the death of Andy Rooney, who was a friend to Al and Louise Hirschfeld, in addition to being a great commentator and journalist. "I was so saddened to hear about the passing of Andy Rooney," said Louise Kerz Hirschfeld. "He was our very own Mark Twain. During the times when he was a guest at the Hirschfeld dinner table, his stories about World War II were so vivid. He ws a friend of Walter Cronkite…they were both reporters and Andy was on the third boat that landed at the invasion  of Normandy. He said of Al Hirschfeld:  'I never thought that I would make a new friend at the age of 75, but Al became my friend and I shall remember him forever.'"

Louise also passed on this comment from Arthur Gelb, a great journalist and editor in his own right. "I remember a couple of dinners at your home when Andy mesmerized us all with his stories and the wit with which he held forth.  In all the years his path crossed mine, he never failed to enchant me with stories about World War II, his buddy Cronkite, behind the scenes at 60 Minutes or whatever.  Those very special soirees at chez Hirschfield with Al's dazzling aura enveloping everyone, and guest Andy as a gripping added attraction, were truly memorable."

Our condolences to Andy's family and friends everywhere.