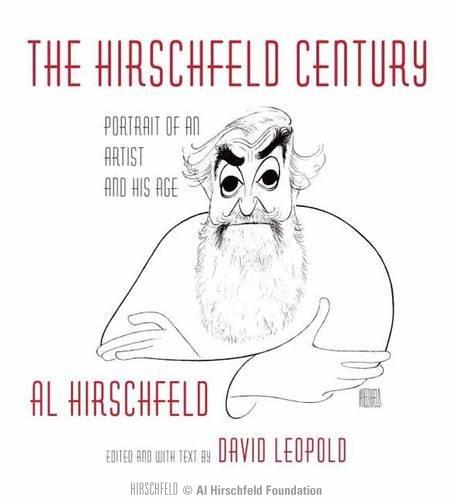 We’re biased it’s true. Many wonderful books have been published in 2015, but we would be lying to you if we didn’t think that The Hirschfeld Century: Portrait of An Artist and His Age was one of the best this year. Turns out, we are not alone. Amazon just released their “Best Books of 2015” and we were delighted to discover that they included The Hirschfeld Century on the list!

It was picked by the editors as the lead title in “Arts and Photography” and was also cited as “Coffee Table Eye Candy.” According to one industry professional, books are selected “based on sales, quantity and quality of reviews, profitability, and ‘giftability’.” He concluded with “Seriously, a true honor.”

We are thrilled that Amazon has responded the way thousands of readers have to the book since its national publication in July. It has received universal rave reviews and the improvised, illustrated and illuminating Hirschfeld Century presentations that David Leopold and Archives Manager Katherine Eastman have been a hit around the country.

A sincere thank you to everyone who has bought the book and/or attended a talk. It is gratifying to find our efforts so well received.