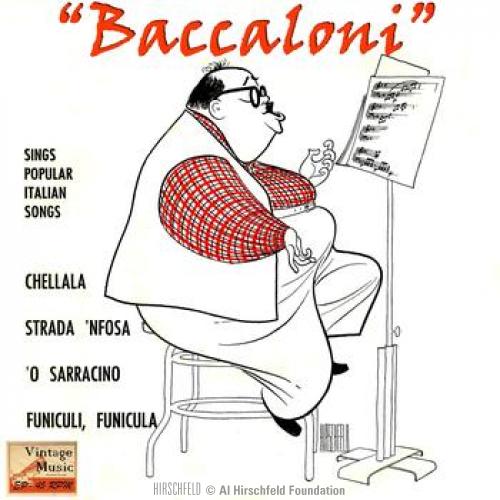 Salvatore Baccaloni was an Italian operatic bass, considered one of the greatest buffo, or comic opera, artists of the 20th century. Born in Rome at the turn of the century, Baccaloni took the advice of Toscanini to forget serious roles, and made a name in comic roles that delighted audiences all over the world. He was a natural fit for Hirschfeld’s pen: A three hundred pound, lavishly dressed singer, whose voice could shake the rafters. He was definitely the type to slam a door, rather than close it on stage.

Even without a costume, Hirschfeld captured “the big man with the big voice” for this 1950s album cover. The image was also used in print ads for other Baccaloni recordings